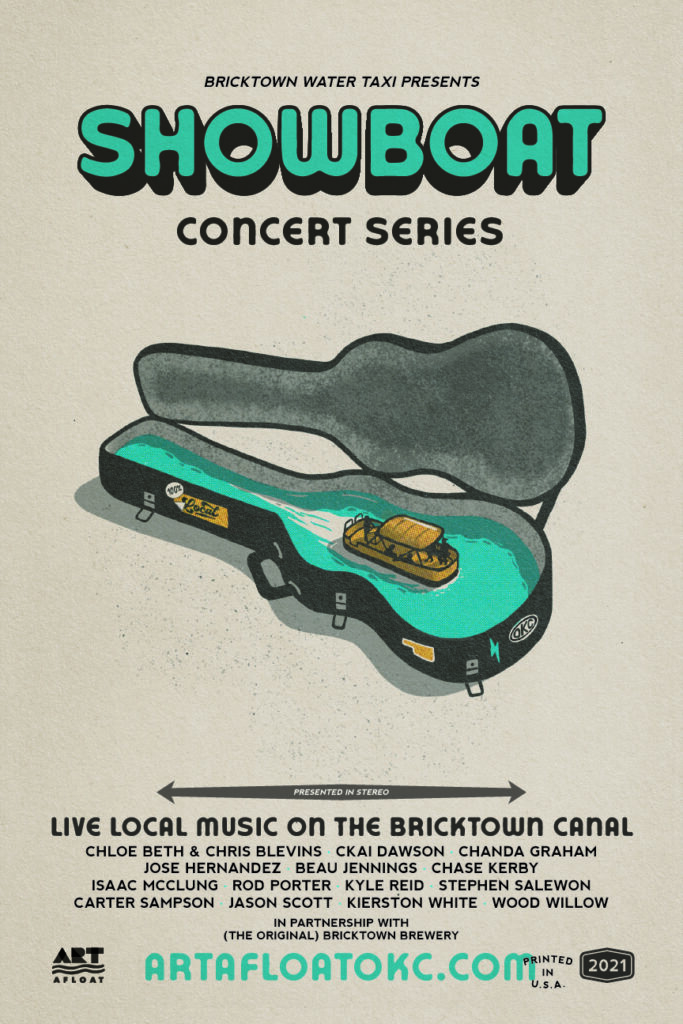 Art Afloat is bringing local artists together to take over the Bricktown Canal every Thursday night, to be called the Art Afloat Showboat Concert Series. This new program will center on boats which have transformed into floating murals, while Oklahoma musicians play music in an intimate setting under the stars aboard the newly-muralized Bricktown Water […]

Art Lives on the Bricktown Canal

ArtAfloatOKC marks a new chapter in the life of Oklahoma City’s Bricktown Canal. A combined effort by downtown partners and stakeholders has led to this point. ArtAfloatOKC specifically represents a concerted effort to bring new and inspiring artistic interventions to the Bricktown Canal via the visual and performing arts. These will include (but are not […]